From Legends of Ultima Wiki
Jump to: navigation, search

Cooking is one of the several Crafting Skills in Legends of Ultima. It provides players the ability to cook food which has the ability to restore Health gradually over time.

Cooking is a great complimentary skill to Fishing, as it allows the fisherman to cook his meals from the fish he caught.

Various meals and food items can be created through the use of the Cooking Pot. 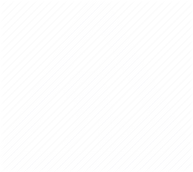 I'll update as I am able to craft and confirm the buff amounts.

The most cost effective means of training Cooking is as follows:

If your character goes an extensive period of time without eating, the debuff "starving" will be applied, lowering stats until some food is eaten.

This article is a stub. You can help Legends of Ultima Wiki by expanding it.